Last week, we examined the 1933 Jean Harlow comedy, Bombshell for this website. The little film features Lee Tracy starring opposite the popular actress. Evidently, the dam behind Lee Tracy’s work is finally starting to break. While somehow missing his work for almost ten years as a film historian, I’m finally catching up to the awesomeness of this performer. In fact, in the last two weeks, I’ve seen the fascinating Tracy’s name pop up in a number of movies… and I’m intrigued. This week, FilmStruck dropped Blessed Event, a Pre-Code comedy which also happened to be one of Tracy’s biggest career roles. As such, I had to check it out.

Blessed Event follows the meteoric rise of Walter Winchell like gossip columnist Alvin Roberts (Lee Tracy, once again gracing our screen). We see him quickly grow from an advertising man who’s handed a gossip column to cover for a vacationing journalist (the always fun Ned Sparks) into a writer in his own right. While the topic of his column (unexpected “Blessed Events”) raises the ire of the local New York City society set, it also sells papers. However, Roberts’ on-going feud with band leader and crooner “Bunny” Harmon (a pre-everything Dick Powell) might prove to be his undoing. Roy Del Ruth directed the film from a script by Roy J. Green. It is based on a Broadway play of the same name. 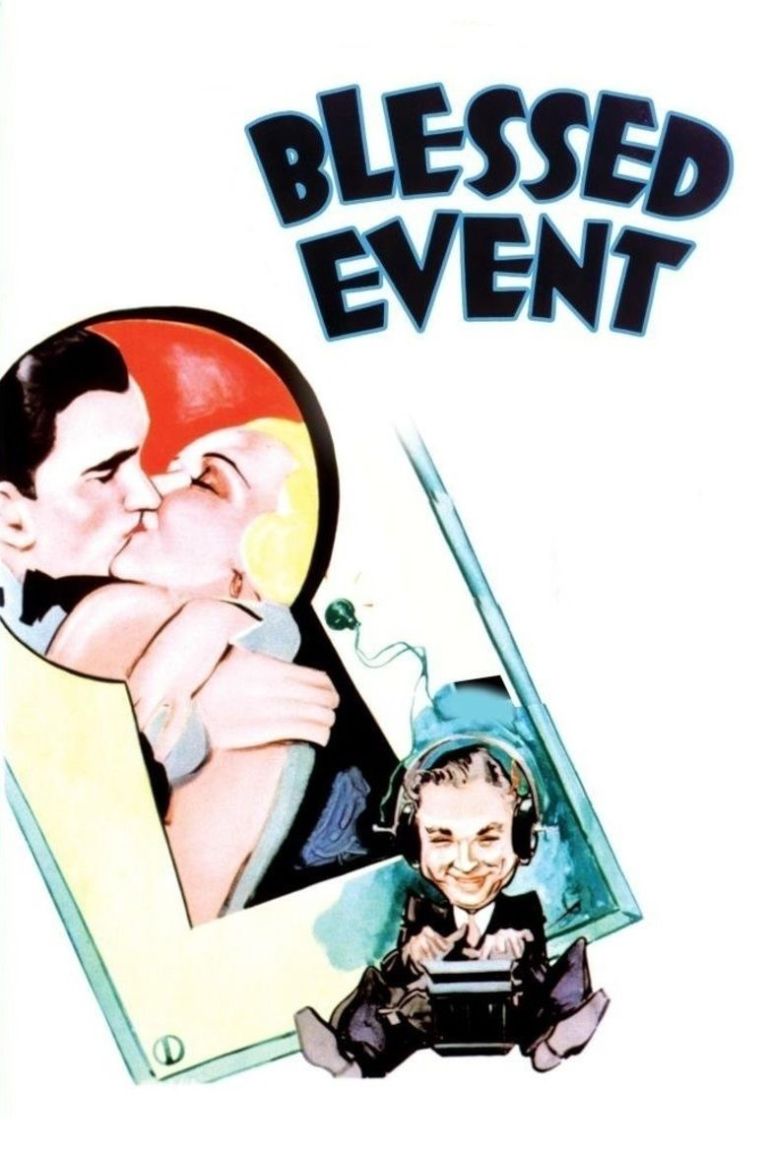 Probably the biggest struggle the film experiences (as with some of our other recent selections) stems from pacing and character development. The roughly hour and twenty minute runtime is not enough to get a feel for our characters, especially as the film is currently structured. The character which seems most effected by this is Gladys (Mary Brian). Ultimately, her storyline (the romantic one) takes the biggest hit in terms of development. We see her introducedand she pops up occasionally throughout the story. However, with strikingly little development, Gladys and Alvin are suddenly a romantic item. While the two have absolutely fine chemistry, the lack of development makes the relationship feel sudden in the scope of the story-telling.

It seems a shame that Lee Tracy’s name is one which hasn’t transcended the decades. Watching this film, Tracy’s take on Alvin is truly a career defining role. His strength is clearly in his dialogue delivery, and he absolutely shines when his character is allowed to run free. An early scene in Blessed Event sees Alvin give a massive speech. Not only is the dialogue delivered at Tracy’s typical break-neck pace, but the actor’s emoting behind the words feels spot on as well. This guy was good. While light research shows there was most definitely personality issues standing in-between Lee Tracy and true stardom, his acting style holds a place in this very distinctive time in Hollywood in the late 1920’s and early 1930s. Performers like Katherine Hepburn, Rosalind Russell and Cary Grant all came of age during this time (and showed a flair for this performing style), but each adapted to the changing styles in an ever evolving industry. The questions of what stood in Tracy’s way is yet to be answered (at least by this writer), but he definitely holds a place in a challenging era in Hollywood.

Meanwhile, as the film continues, the movie makes some fascinating editing choices (James Gibbon receives credit). Perhaps most interesting involves the use of music, actor Dick Powell (this is reportedly his first role) and diagetic sound within the narrative. Powell appears in the movie as crooner, band leader and radio celebrity “Bunny” Harmon. The film features a number of musical performances, all but one featuring Powell. Musicals during this era were incredibly distinctive with massive music numbers, usually staged as a gigantic stage show. In the case of Blessed Event, rather than feeling like a stage show, they are staged as a radio program. A lengthy sequence in the middle of the movie is set in Alvin’s apartment as his mother listens to Bunny’s radio show. As we watch her listen to the radio, the camera cuts to a recording studio where Powell performs the song. The repetition of this editing feels quite sophisticated for this early cinematic period. In structuring this sequence like this, the movie enters the mind of Mrs. Roberts (Emma Dunn). While music numbers from this period are known for their interesting scale and their experimental structure (Pettin’ in the Park, anyone?), the editing and creativity behind the numbers in Blessed Event turn this non-musical into an interesting piece of musical cinema.

Finally, the supporting cast brings an amazing who’s who of 1930s cinema. In fact, fans of director Busby Berkeley will recognise a number of performers who regularly recurred in films like Gold Diggers of 1933 and Footlight Parade. This makes for a colourful (and fun) supporting cast behind the already entertaining Tracy. Keep an eye out for the always fun Frank McHugh as press agent “Reilly” and the already mentioned awesomeness of Ned Sparks as George Moxley. The cast is completely entertaining, and 100% sells the lightening paced slap-stick script.

Unless you’re a fan of Pre-Code cinema, you might not be familiar with Blessed Event. However, the movie features a spot-on performance by actor Lee Tracy, to create a newspaper film which belongs on the same level as His Girl Friday. If you’re at all a fan of the classics, be sure to add this one to your list.