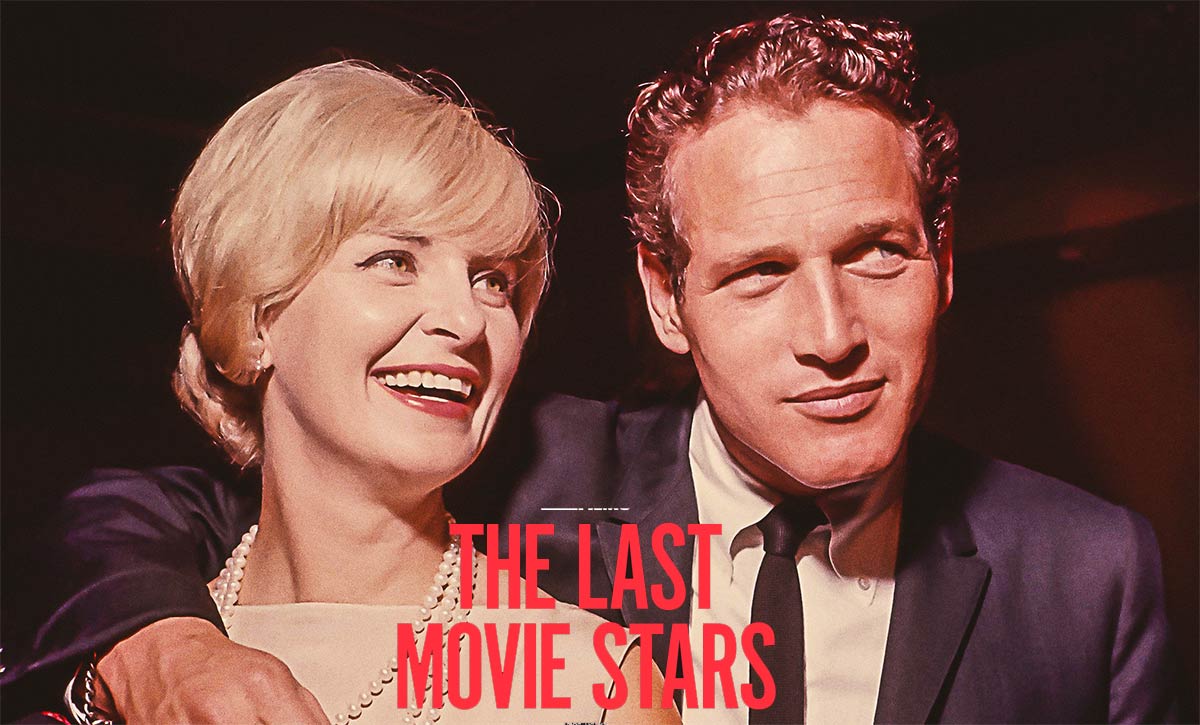 There’s been no shortage of interesting documentaries on classic entertainment subjects over the last few years… and here’s another one!

While I’ve heard about The Last Movie Stars a handful times over the last few months, I’d seen precious little proof that the work actually existed… until this weekend, that is. Kids, I am here to tell you, I am giddy with anticipation.

The IMDB description of the documentary calls The Last Movie Stars a celebration of the lives of Hollywood legends Paul Newman and Joanne Woodward. Ethan Hawke directs the film, which brings an all-star cast, including: George Clooney, Laura Linney and others. Hawke is quoted in the trailer that the material comes from transcripts collected by Newman in preparation for writing a memoir shortly before his 2008 passing. The documentary is sold (again, in the trailer) as almost a play with contemporary celebrities reading these transcripted interviews looking at the iconic Hollywood couple.

I won’t lie, this subject matter had me a bit skeptical as I sat down to watch this trailer. There might have been some sighing and eye-rolling as I heard the premise. However, as I got into the meatier bits of the trailer, I was listening. Even in its brief two minute runtime, the trailer made a beautiful use of archive footage that pulled me in. It pulled me in hard.

Often, if I’m struggling with a documentary it’s because I’m struggling to connect with the subject matter. It’s not always easy to bring life to material when you’re mired in secondary sources and talking heads. However, even in the few segments we see utilizing the audio of the performers over the stunning archival footage, it works. The trailer brings a sense of life to what could largely be a very secondary source heavy documentary. There’s life and beauty in this footage of one of the most beautiful (and delightful) couples to come out of the Golden Age of Hollywood.

As mentioned, there hasn’t been much marketing on this documentary, so I don’t have much beyond these initial thoughts. I spent a lot of the pandemic catching up on Paul Newman and Joanne Woodward first time watches, so I am really excited to fill in still more blindspots and get caught up in what I hope will be a beautifully crafted story. Stay tuned! I hope to have more feelings posted as I’m able to watch more!

The Last Movie Stars hits HBOMax July 21st, so we don’t have long to wait for the six part documentary.