Sunset Boulevard is an essential in the history of classic cinema. At this year’s TCM Classic Film Festival they spotlighted the dramatic noir  the way it was meant to be seen with the film playing at Grauman’s Chinese Theater with actress Nancy Olson introducing the 1950 classic.

Many fans of classic film have likely seen Sunset Boulevard. When I saw this film at TCM, I myself had watched it a number of times. However, up until this point it had only been on the small screen. With a history with this movie dating back to the days before film school, I wasn’t expecting much from this viewing. As such, it was a real surprise when the big screen viewing of Sunset Boulevard felt like an entirely new cinematic experience. If you ever have a chance to see Sunset Boulevard on the big screen, make sure to take advantage of the opportunity. 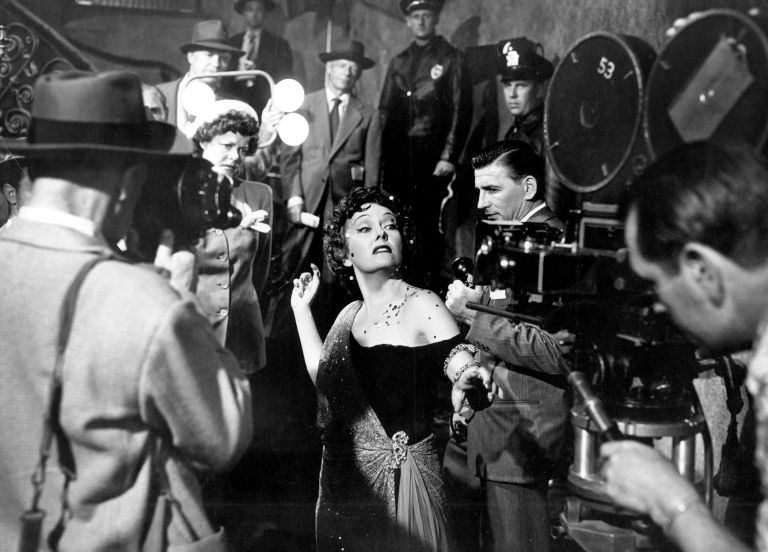 Taking this part is an intelligent and savvy choice by Swason, who would have been on the cusp of fifty during shooting. Frankly, it also takes some courage, especially as a woman hitting the wrong side of middle age in an industry that values youth and beauty above all else. Swanson absolutely crushes the part, making it wholly and completely her own. In fact, the little intricacies and nuances she injects into her performance leap off the screen, especially when viewed in a theater setting. The emotional and dramatic toll of the last act hits heavier on the big screen. While the performance can feel campy when viewed through the wrong lens, the big screen emphasises the layers which Swanson injects into her character. All at once, you can see not only the unhinged nature of her portrayal, but the emotion behind it as well. This is a truly well-rounded performance from Swanson, and it is a shame she doesn’t get more attention for it.

At the same time, the performances across the board in this film are great. Joe Gillis (Holden) is such a tricky character, and could come off so unlikable in the wrong hands. However, you can’t help but like the scrappy underdog screenwriter in Holden’s hands. In fact, Holden brings a world-weary likability to his role which makes the entire plot believable. While Joe is a “boy toy” for Norma, in the hands of another actor, the role could come off more antagonistic (or even villainous). Rather, Holden portrays how tired Joe is. He’s been kicked and beaten so many times that he’s almost thankful to hide behind Norma for a while.

Erich von Stroheim, Nancy Olson and Jack Webb shine in their supporting roles. Nancy Olson’s take on script reader (and hopeful writer) Betty Schaefer is a ray of brightness in what is quite a dark movie. The role was an early one for the young actress, and she turns it into a career defining one. Also interesting is a pre-almost everything Jack Webb as hopeful director (and Betty’s paramour) Artie Green. Webb is perhaps best known for his career role as Joe Friday in the long-running radio (turned television) program Dragnet. Interestingly, Dragnet debuted on the radio in 1949, so at this point Webb barely landed the role which would make him a household name. In fact, his performance demonstrates a level of positivity and optimism much like Olson. At this point, his entire career is ahead of him. 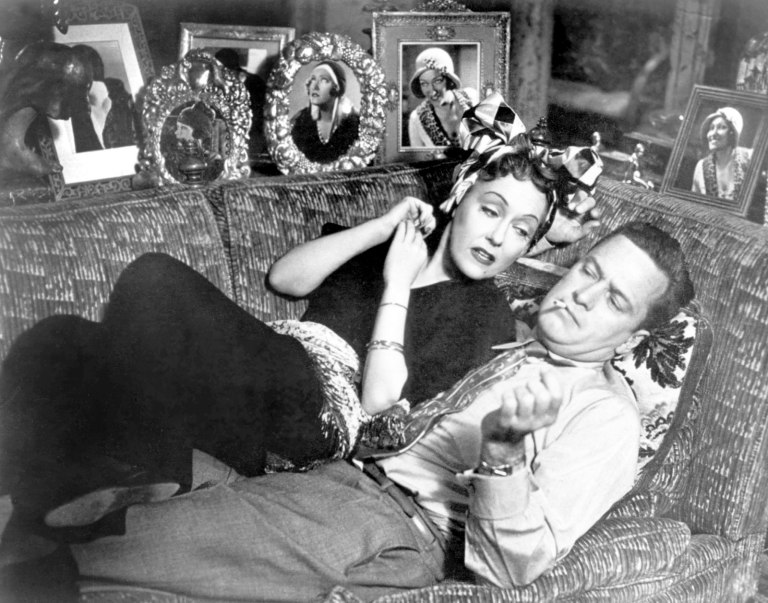 In a culture which is highly tuned to ideas and questions of nostalgia, it is interesting to see how the subject was treated in a period many of us are nostalgic for. Wilder’s script is fascinating in not only its treatment of nostalgia, but also its self-reflexivity as a movie about the film industry. The story cynical and bleak (highly reminiscent of film noir). We see how the industry passed-over and essentially forgot about Norma as she gave into the unforgivable human tendency to age. Norma as she once was is represented through the presence of Cecil B. DeMille (in a cameo) as he defends her to one of his assistants. He (and by proxy the viewers) didn’t know her as a wide-eyed 19 year old. Norma didn’t do this to herself. Instead, it is a combination of life, stardom and Hollywood responsible for the dramatic nature of her descent.

Interestingly, Olson’s take on Betty Schaffer stands as another take on the question of stardom. As Joe and Betty get to know each other, they share an iconic walk through the darkened studio backlot. As they chat, we hear about the young reader’s life. She wasn’t always focused on a life behind the camera. Born and raised in a “picture family” it was assumed she would be a great actress. However, after dancing lessons, singing lessons, screen-tests and even a nose job, it was determined stardom wasn’t for her. As Betty says, “They were crazy about my nose. They just didn’t like my acting”. The moment is a stark one, lessoned only by the undeniable optimism in Olson’s portrayal. Hollywood is guilty of chewing up and often spitting out the unlucky young hopefuls who flock in with their eyes on the prize. At one point, Norma was one of these people. As they talk, it becomes clear, Betty’s story could have ended a good deal more tragic than even Norma’s.

Sunset Boulevard stands as a later entry into film noir, showing just where the movement progressed as the 1940s transitioned into the 1950s. There is quite a lot which sets this movie apart, making it more difficult to categorise as such.