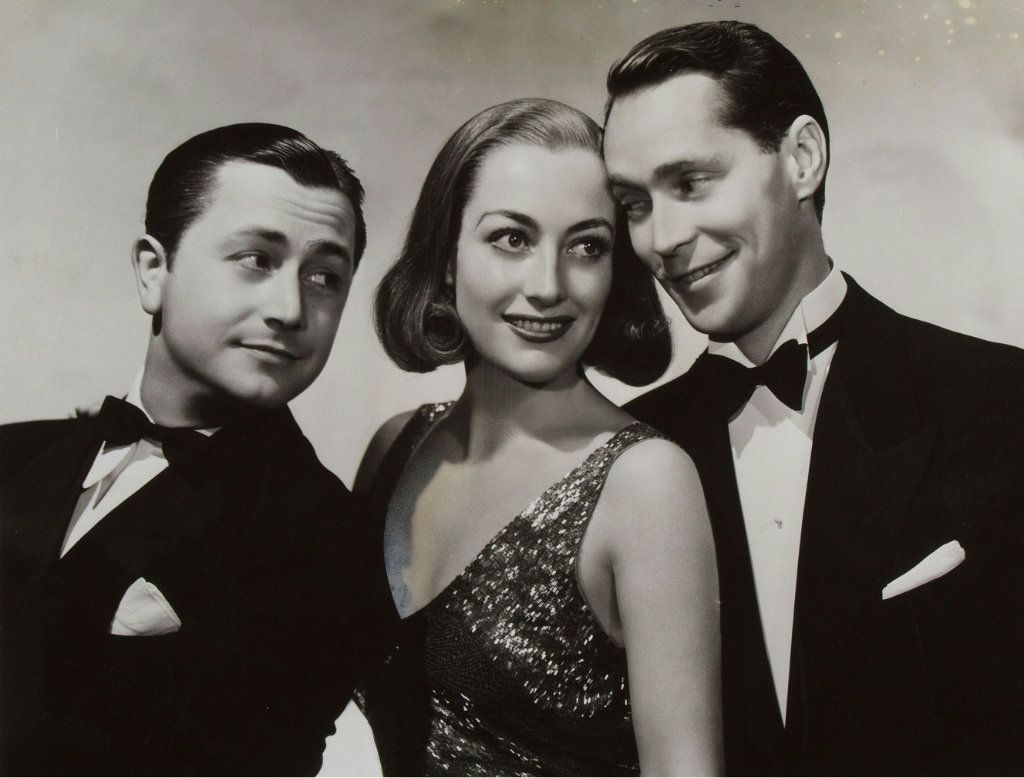 By the 1960s, Joan Crawford already established herself as a Hollywood and an acting legend with roles in such well-remembered films like Mildred Pierce, Whatever Happened to Baby Jane, and Humoresque. The actress spent the 1920s and 1930s working her way through the industry in a variety of romantic roles, often paired with her husbands Douglas Fairbanks Jr. and Franchot Tone. However, these weren’t always run-of-the-mill films. The Bride Wore Red shows Crawford at her peak, working with a talented director in the legendary Dorothy Arzner. In an industry which remains notoriously male dominated, The Bride Wore Red crafts a fascinating take on romantic drama from a female perspective.

The story follows Anni (Joan Crawford) a showgirl who (thanks to a rich benefactor) gets an opportunity to masquerade as a wealthy woman at an up-scale Italian resort. With her eye on landing a rich husband, Anni finds herself the third point in a love triangle between a wealthy man-about-town (Robert Young) and a local Postman (Franchot Tone). Will she follow her head or her heart? The film is directed by the legendary Dorothy Arzner from a script by Tess Slesinger and Bradbury Foote (to name a few). 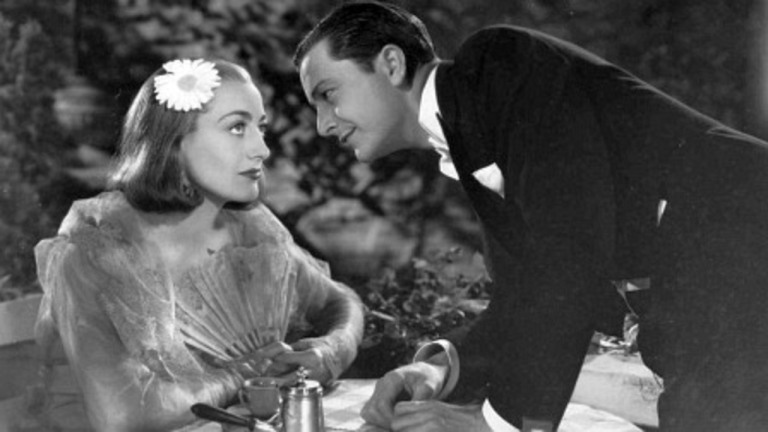 Director Dorothy Arzner still stands as one of the only woman directors working in Hollywood during the classic Hollywood period. While she initially made her name as a editor during the silent era, Arzner made the jump to the directors chair in 1927. She worked steadily over the next two decades, crafting starring vehicles for some of the greatest thinking woman’s leading ladies like Katherine Hepburn and Maureen O’Hara. Her work with her female characters is a hallmark of Arzner’s work which especially stands out in Hollywood’s male dominated landscape.

The Bride Wore Red comes late in Arzner’s career, showing the talented filmmaker well in possession of her skills. Her crafting of the film’s female driven narrative shows just why female voices are so terribly needed in cinema. Through Arzner’s careful construction, the movie emerges as a starring vehicle for Crawford, who shines in her complicated portrayal of Anni. 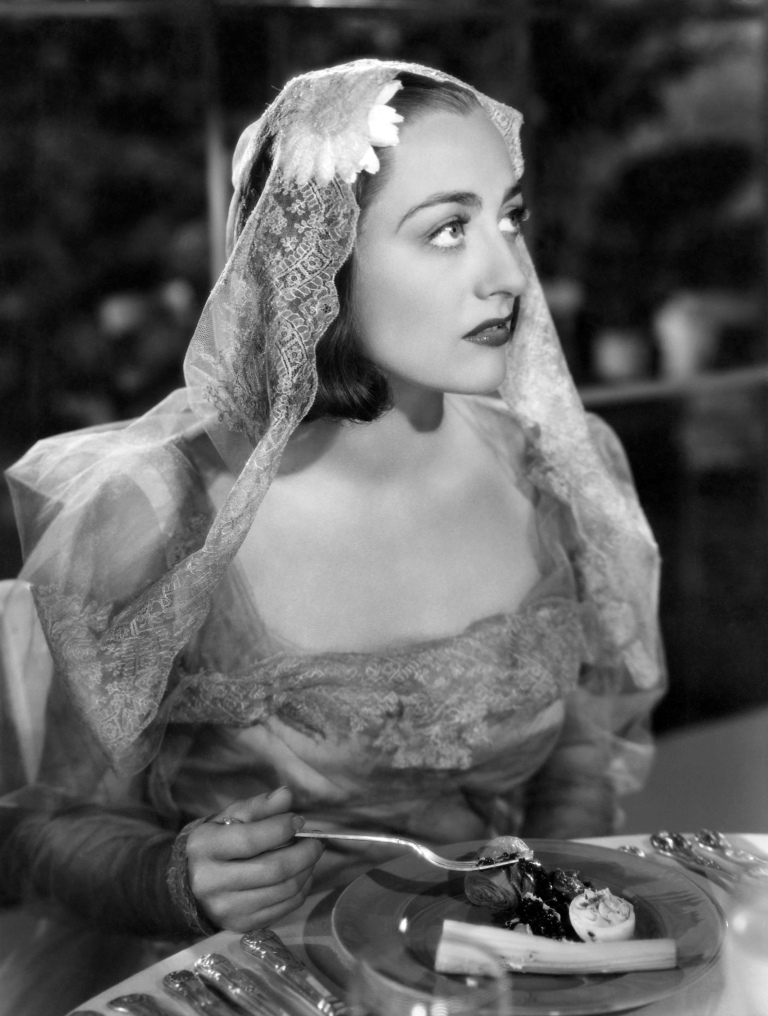 Joan Crawford further injects a layered performance as Anni, the showgirl masquerading as a society lady. What leaps out most powerfully is how torn Anni is between her two lives (as represented by society man Young and working man Tone). This feels particularly evident early in the movie when Anni first meets Giulio. As they drive through the winding county streets, Crawford’s performance emphasizes her conflict. She finds herself immediately falling for the handsome (but poor) Giulio; however, she’s openly fighting against her attraction to the young man. This is a woman with her eyes on the prize. It is in this respect, considering her fierce tenacity to get ahead, which makes her character relatable (especially to a late Depression era audience).

Perhaps most striking in this movie is the costume design by the legendary Adrian. Crawford’s costuming in particular is striking and the actress radiates beauty on the screen. The most striking is the final dress Crawford wears (which is built up through the entire movie).  Even in black and white, the dress is an absolute knock-out and it becomes even more so when shot in color. Crawford’s star persona constructs her as a modern woman and these dresses build her identification and likability with contemporary audiences. 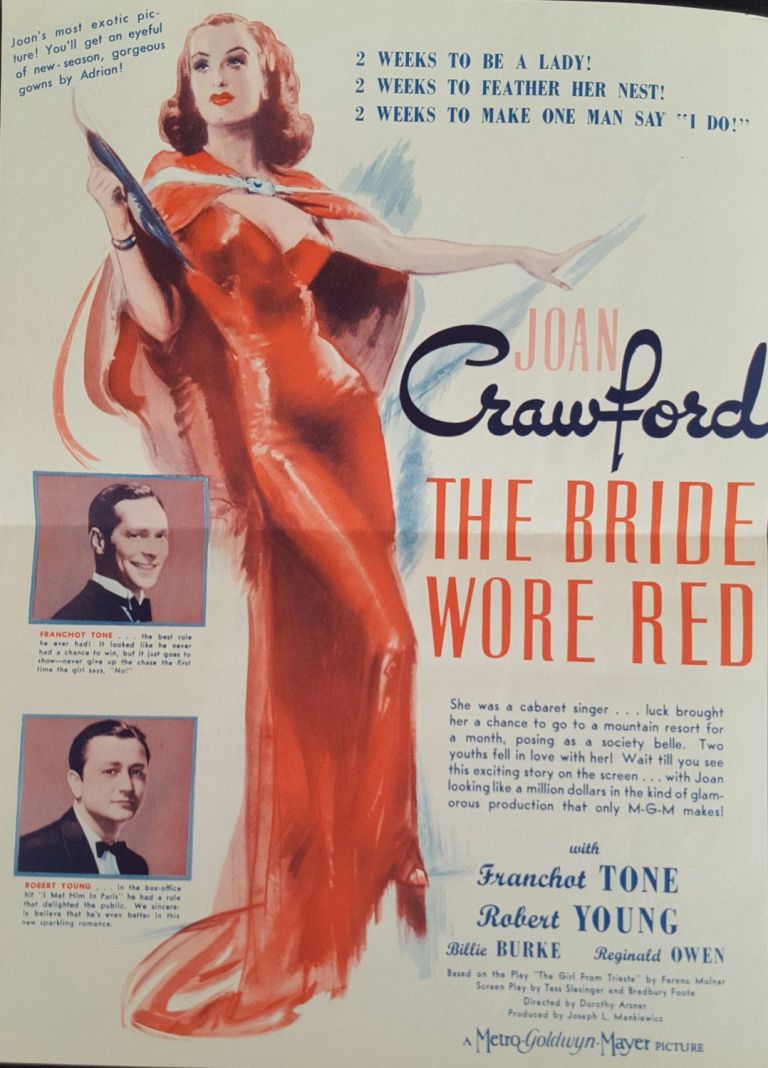 Ultimately, the male roles in this film are relatively thankless, particularly for Robert Young’s portrayal of Rudi. The actor is not bad in the part. He brings his usual charisma, but he had little to do other than fall under Anni’s spell. As a result, his likability takes a substantial hit in his treatment of his fiancée Maddelena (Lynne Carver) who is almost saint like in her devotion to the unfaithful man.

Meanwhile, Tone brings his usual adorable charisma and likability to the role. Interestingly, their pairing brings a deeper level as well and a powerful emotional significant when read through their respective careers. This is the last time the two were paired on-screen and they would be divorced just over two years later. As already discussed, Crawford was on her way up in Hollywood while Tone’s popularity had more or less peaked by this point. The characters (and their interplay with each other) functions as an allegory to Tone and Crawford’s relationship, which is throught to have suffered definite strain due to Crawford’s rapidly rising star while her husband felt his stagnating.

The Bride Wore Red is available now on Warner Archive.