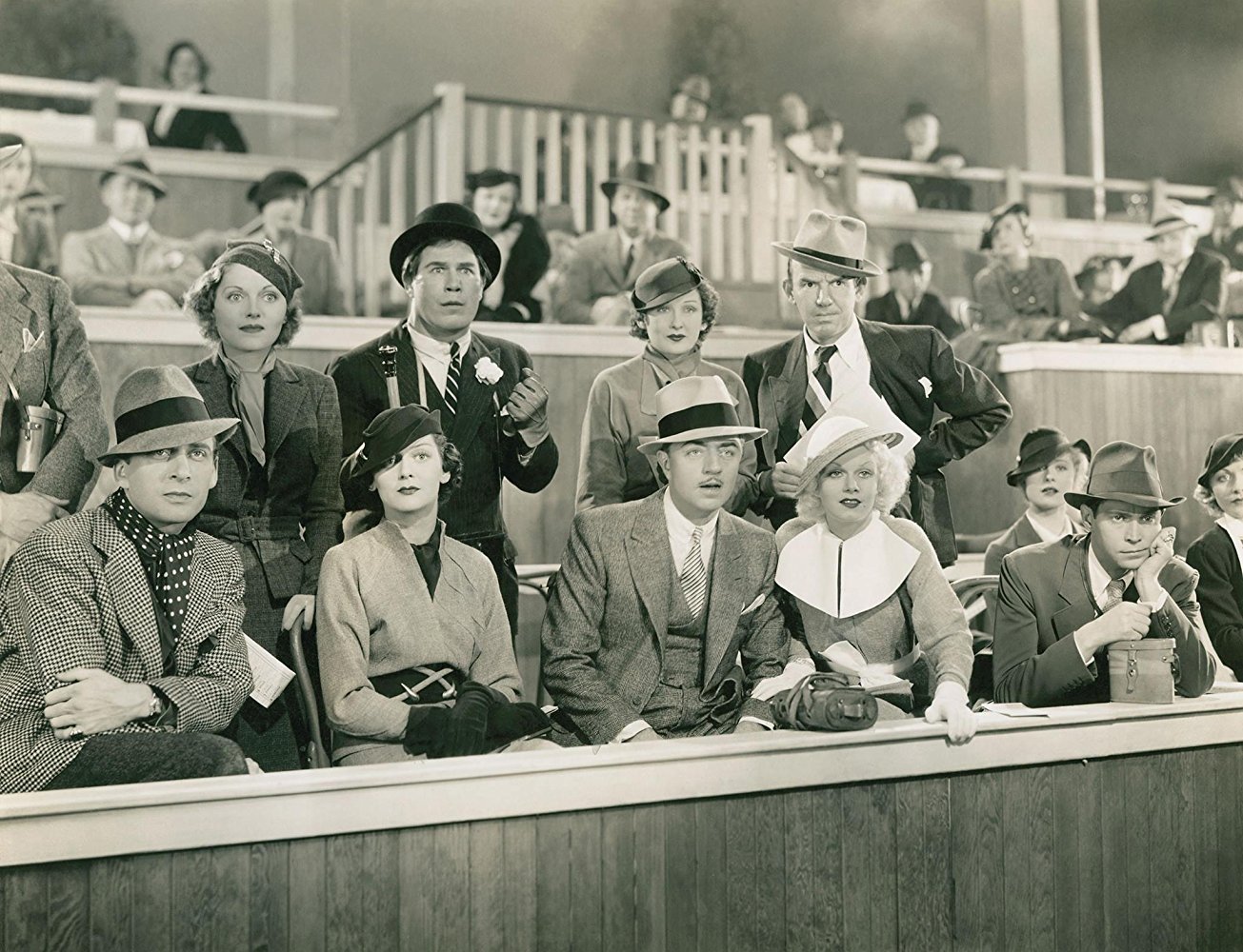 Jean Harlow’s career straddles the thin line in Hollywood seemingly separating legendary and infamous. While her name is not as well known as it once was, the Blonde Bombshell of the 1930s is still the stuff legends are made of. In just a few short years, Harlow saw the highest of highs and the lowest of lows, all before her premature death at age 26. Luckily, FilmStruck decided to drop a new collection of Jean Harlow’s greatest films. Today, we’re looking at her 1935 dramedy musical, Reckless. 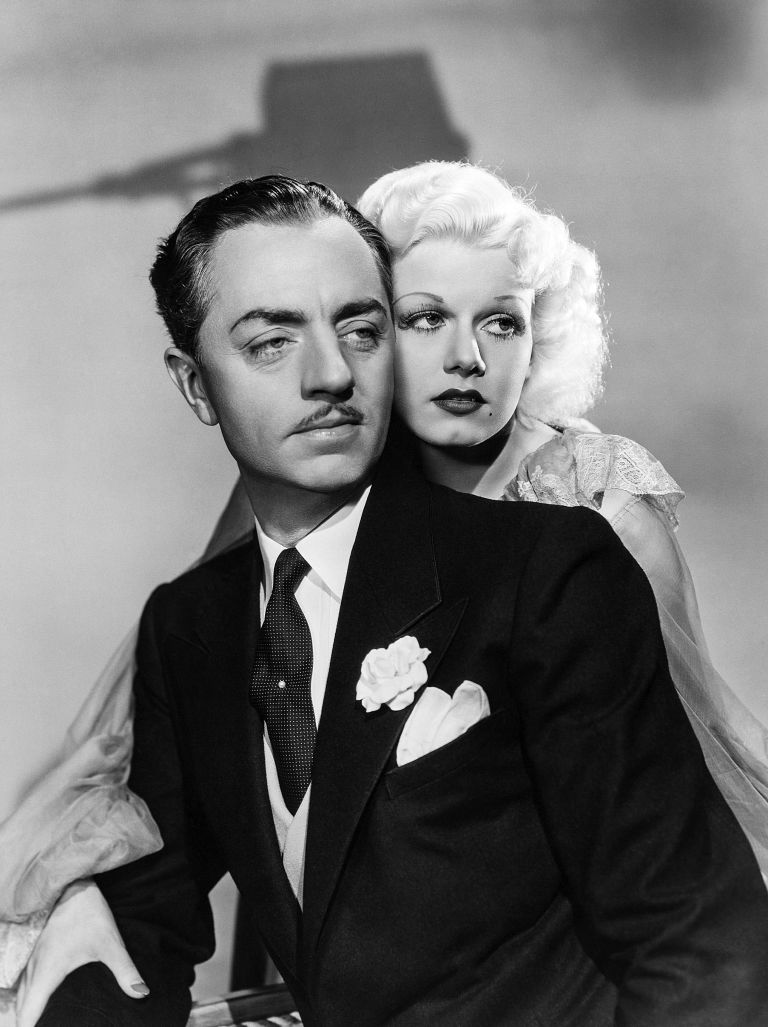 The film takes an interesting melodramatic turn at the end of act two. The shift in events is a fascinating one, especially taking into account the previous three years in Harlow’s life. (Her husband, producer Paul Bern reportedly committed suicide in 1932). The events were well documented and his supposedly straight forward suicide became more complicated with tales of a deceased first wife, and squabbles about a will. However, that is for another article. Some light research on Reckless also draws comparisons to torch singer Libby Holman, who was briefly indicted for murder after the reported suicide of her tobacco heir husband. Why would the studio tie the actress to something closely mirroring her personal tragedy… especially one so riddled with scandal?

Reckless’ late shift in tone is quite drastic, especially considering the earlier (and much lighter) feel in the first two acts. However, this change doesn’t hinder the film in anyway. In fact, the only real negative is how rushed the action feels on screen. In fact, in contemporary Hollywood, the span of material in Reckless would make up two films. Reading into the content as well as historical context, it’s easy to look to the Production Code as a potential reason for the whirlwind third act. We’re dealing with suicide, scandal and illegitimate babies… all things frowned upon by the Hays Code. However, the Code’s effects on the film are debatable, as Reckless’ April 1935 release date places the movie right on the cusp of its sphere of influence.

The performers are an A-team with Harlow backed up by Franchot Tone and William Powell. Powell had cemented his A-list status with roles in films like Manhattan Melodrama as well as The Thin Man. Powell and Harlow were romantically linked off-screen, remaining close until her death in 1937. The two’s chemistry is incredibly evident as the narrative plays out. While Harlow is very much on-type in the picture, Powell gets an opportunity to shine as the third point in the love triangle. He has a number of emotionally vulnerable moments which are against type for the usually wise-cracking actor. He’s (once again) a joy to watch on screen. 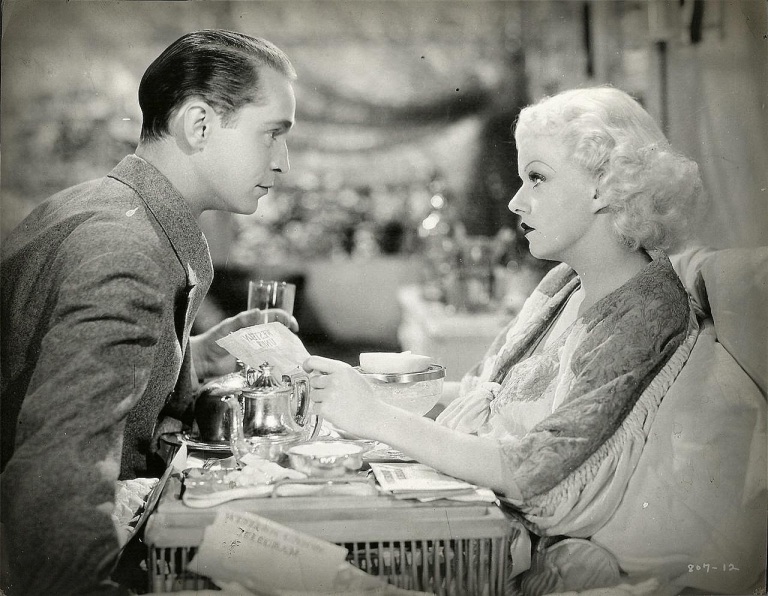 Meanwhile, Franchot Tone is an actor who seemingly struggled to carve out a niche in Hollywood. He broke out in 1932 and worked steadily throughout the decade. He’s probably best known to audiences for his work in the 1935 classic Mutiny on the Bounty. This actually sums up Tone’s star persona. He belongs in the Thalberg era at MGM. He’s sophisticated, urbane and literary. However, Tone found himself stuck in the 1930s, often playing “The Other Man” to popular, rugged and likeable A-list actors (usually Clark Gable). Unfortunately, these roles don’t give the talented actor the right material to shine.

Reckless begins with Bob as a devil-may-care rich boy. We see him dining, drinking, and making merry. He’s supposed to be the kind of bad boy that gets a girl in trouble in these movies and then vanishes… or has Daddy save the day. However, this isn’t Tone. He’s the furthest thing from a bad boy on screen. Ultimately, he ends up feeling a bit miscast.  However, the actor is at his best as Bob spirals into depression. He’s impeccably good at conveying a sense of fragility and vulnerability. Furthermore, Tone shows his strength in the character’s emotions, demonstrating so much feeling without dialogue. In fact, one of the best scenes in the film puts Harlow and Tone together in a quiet moment and the result is incredibly powerful. It’s a shame these two didn’t get to do more understated work of this kind.

As a first time viewing, it was surprising to see this film constructed as a musical. The numbers feel rather hastily constructed, but are very much like an MGM musical of the 1930s. Keep an eye out for the adorable Allan Jones in his first film role. (The Nelson Eddy-esque actor would join the cast of the Marx Brothers comedy A Night at the Opera later that same year). The music numbers are glitzy, glamorous and there’s also no way those would fit onto a Broadway stage. Mona’s singing is inconsistent (Harlow was reportedly dubbed) and the camera work bends over backwards to hide the use of a double in a number of her dance sequences. Ultimately, the choice to make this a musical feels like a poorly calculated one. Reckless could have survived just as well as a comedy/drama. Much better musical work was going on around MGM at the time, and this doesn’t showcase the studio’s strength.

Reckless is currently streaming on FilmStruck as an inclusion in their newest Jean Harlow collection. Ultimately, the film is not the brightest spot on Harlow’s filmography and did not carry the weight MGM wanted. However, the film is a strong character drama. The three talented cast members do absolutely stunning work as the movie goes through a number of complicated twists and turns. This is a definite must see for fans of Jean Harlow and (particularly William Powell).

Reckless can currently be seen on FilmStruck.