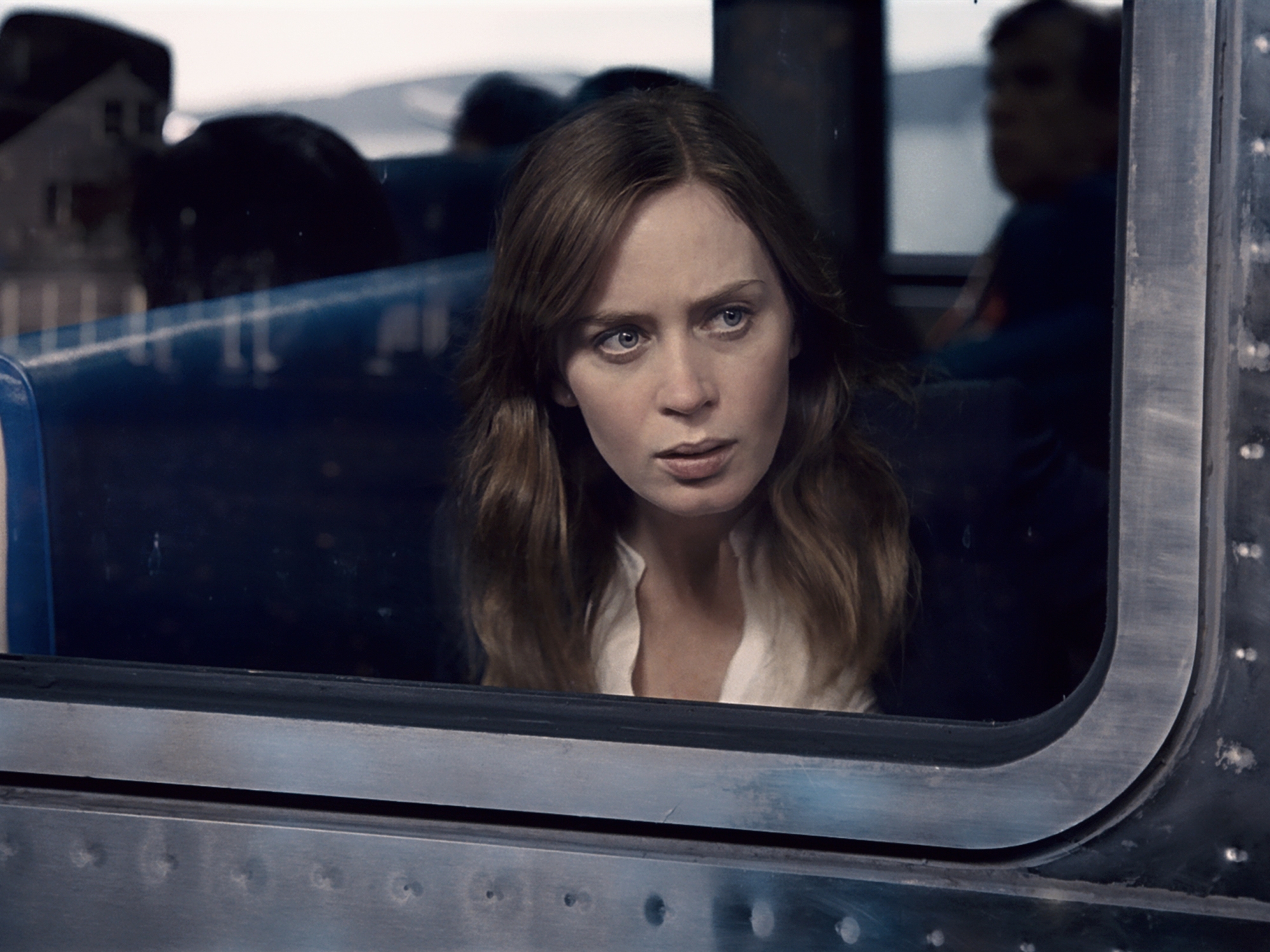 Girl on the Train is based on the best-selling novel of the same name by Paula Hawkins. The film follows divorced, alcoholic Rachel, who makes a pilgrimage from the tri-state outskirts into Manhattan. Riding the train every day, Rachel (who has a vivid imagination) seems the same people and places, and with little going well in her own life, allows herself to get lost in the scenery that surrounds her. She’s particularly fascinated by this woman (Haley Bennett). She’s gorgeous, blonde, and seemingly lives a happy life with her handsome husband (Luke Evans) in their beautiful house. Rachel crafts a whole new identity for the woman. However, there’s more than meets the eye. There always is in suburbia.

After a drunken episode (Rachel has some hefty personal demons) she finds herself caught up when the beautiful woman turns up missing. Unbeknownst to her, the woman was the nanny to her ex husband Tom (Justin Theroux) and his new wife Anna (Rebecca Ferguson). It’s an intense thriller, timelines are complicated and convoluted (Rachel is quite the alcoholic), and it can be tough to tell just where reality begins and ends.

Girl on the Train is carried by the performances of its actors. Emily Blunt (who’s been a rising star since 2006’s The Devil Wears Prada) hits another level in her acting when playing the incredibly flawed Rachel. During the height of her decent into her personal demons, she’s almost unrecognizable. The performance injects just enough depth into the character, that it would be nice to see the actress get some love come awards season. Hayley Bennett (fresh from her solid, but underutilized performance in The Magnificent Seven) puts forward a powerful performance as the lost and trapped Megan. Justin Theroux also deserves props for multifasceted (and startling) performance as Rachel’s ex-husband.

The most interesting aspect of this film comes from the treatment of gender and sexuality within the narrative. The three female characters (Rachel/Anna/Megan) at least superficially, are women struggling under the weight of suburban expectations of women. There’s Rachel, the woman whose marriage was broken by their inability to conceive children (and at some level fulfill the societal expectation to marry and procreate). There’s Anna, the former other woman who’s now the sainted wife/mother and exhausted housewife. Then there’s Megan, the 25-year-old former party girl, who’s trapped in suburbia and isn’t sure she wants what she’s supposed to want. The character even goes as far as to describe the town as a “Baby Factory”. The three characters are three women struggling (in different ways) with the society expectations, which still linger in certain circles as it relates to what a woman should want.

While the three women are layered and interesting characters, struggling with some noted demons, the male characters aren’t as lucky. For much of the film, the three men Scott (Anna’s husband and Rachel’s ex), Scott (Megan’s husband) and Dr. Abdic (an under utilized Edgar Ramirez) are flat and relatively boring characters. Much of their purpose is to watch (and usually be critical of) the women. At one point, Tom’s  character remarks (to Megan) “You crazy women…” While the female characters are our protagonists, and we are supposed to root for them, it seems like much of the film comes from the men’s (particularly Tom and Scott’s) perspective. We’re watching the “crazy”, “unstable” and “unhinged” women. We’re supposed to pity Rachel, not necessarily root for her. Even the ending of the film, (no, spoilers) does very little to dissuade this perspective.

However, as mentioned above, despite all attempts to be unique and startling with its’ criss-crossing narratives and taut thriller narrative, it has been seen before. There’s very little to separate the film from a little film that started the hell out of audiences in 2014, Gone Girl. From their literary roots, to the seedy side of suburbia subject matter, the convoluted thriller narratives and even the Finchian muted color palates, this film might as well have been called Gone Girl 2: Just Get Out of Suburbia. Girl on the Train feels like it should be new and original, but it’s a case of a bit too little too late. This movie has been done before.